Online registration is now closed. If you would like to attend The Power of Home, please email gifts@mercyhousing.org

Join us for an inspiring and fun evening celebrating over 3,000 residents that call Mercy Housing home and the supporters that make it all possible. Connect with friends and colleagues, while learning more about our efforts to expand and preserve safe and affordable housing for families and older adults throughout Colorado.

There is no cost to attend the Power of Home event. 100% of all donations will support our Resident Services program.

Support the Power of Home 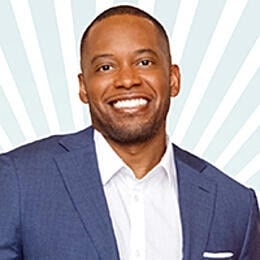 Al’s acting has been showcased on HBO’s 2Dope Queens, where he performed stand-up, and The Jim Jeffries’s show Legit on FX. He also hosted 100 episodes of his BBC Guinness Book of World Records show Officially Amazing.

Al’s hour-long comedy special “Baby Steps” was picked up by the global distributor Comedy Dynamics and his half-hour comedy special is on Comedy Central. He has appeared on several Comedy Central shows, including This is Not Happening, The Meltdown, and @midnight. He was also featured on John Oliver’s New York Stand Up Special and Dave Attell’s Comedy Underground. 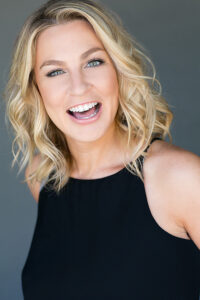 Tory Shulman is a co-host of “Daily Blast Live” (“DBL”) the only national daytime talk show airing LIVE in all time zones. Tory is a UCB improviser, stand-up comic and a Washington DC insider–so basically if Amy Poehler and Rachel Maddow had a baby–you would have Tory.

Formerly a TV/Web/Radio host based in Los Angeles, her credits include LA Talk Radio, MSN, Kin Community and Reelz Channel to name a few. For “DBL,” she recently interviewed her comedic hero and idol, Carol Burnett and traveled to London to report on Prince Harry and Meghan Markle’s star-studded wedding.

Born and raised in Washington, DC, just blocks from the White House, Tory is always ready for a hometown debate on political events. She’s a graduate of the University of Michigan. Tory, her husband and two rescue dogs are based in Denver.

A warm  welcome to our special guest, Cris White. White is the executive director and CEO for the Colorado Housing and Finance Authority (CHFA), a Denver based organization that provides financing for affordable single-family and multifamily housing and small businesses.

Cris has been with the Colorado Housing and Finance Authority for 33 years serving in various capacities related to affordable housing and economic development. He has served since 2010 as the Executive Director and CEO.

In its 48-year history, CHFA has invested more than $25 billion to support affordable housing and community development throughout Colorado. In that time, CHFA’s resources have helped more than 132,000 Coloradans achieve their dreams of homeownership, over 73,000 affordable rental housing units be developed or preserved and provided homebuyer education to over 172,000 households. CHFA has also provided financing programs to support over 7,200 small businesses, which have created or retained more than 77,000 jobs. 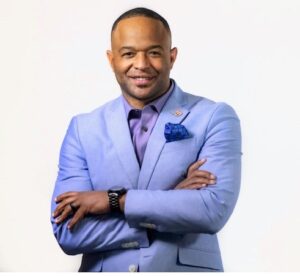 A warm welcome to special guest and keynote speaker, Albus Brooks. At the core of Albus Brooks’ identity is community development and servant leadership. Albus moved to Colorado in 1997 to study and play football for the University of Colorado. Sports Illustrated named him one of the Top 10 Hardest Hitters, and the NFL took interest in him before injuries ultimately ended his football career.

Albus Brooks pursued his calling for community development by working with young people in Denver’s poor communities. He served as the Director of the Issachar Center for Urban Leadership, an organization that invests in Denver’s emerging leaders. In 2010 Albus worked to elect thenMayor John Hickenlooper as Governor of Colorado, acting as the statewide Outreach and Political Director. This exposure to political leadership led him to seek public office, and in 2011 Albus defeated 38 opponents to become the youngest African American ever elected to Denver City Council. Serving two terms on Denver City Council, including two terms as Council President, Albus accomplished an ambitious range of progressive legislative victories with the goal of building a truly inclusive city. To address the affordability crisis, he co-created Denver’s first – and Colorado’s largest – affordable housing fund. To make Denver a more equitable place to grow up he funded and expanded the Denver Preschool Program, providing universal access to preschool for all 4-year-olds.

He also decriminalized marijuana possession for those 18-21 years old, preventing thousands of young people from entering the criminal justice system. Albus Brooks received his M.B.A. from the University of Denver. He is now the Vice President of Business Development and Public Affairs for Milender White, a Development and Construction firm operating in Southern California and Colorado. Albus sits on multiple boards and commissions and has been a part of the following national and international fellowship programs: The Marshall Memorial Fellowship, the NewDEAL Leaders, and the Aspen Institute – Rodel Fellowship. Although a rising global leader, it is in the heart of Denver where Albus feels most at home. He lives the Five Points/RiNo with his three young children, Makai, Kenya and Kaya.

Thank you to our sponsors

A Special Thank You to Our National Co-Sponsors