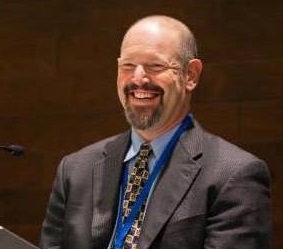 “I’ve been caring for homeless people for 20, 25 years. And unfortunately, I have failed,” said Dr. Joshua Bamberger, Chief Medical Consultant of Mercy Housing, on April 9th, 2015 in Sacramento, Calif.

A reference to failure is not what one would expect to hear from this year’s recipient of the prestigious Beverlee A. Myers Award for Excellence in Public Health, but Dr. Bamberger knows better than most how poor the prognosis is for people who are chronically homeless.

“If you look at the homeless population in this state, on average, they die 25 years younger than the general population,” he continued. “There is only one thing that we have out there that can change, that can bend this mortality curve, and that’s housing.”

Dr. Bamberger, a primary care physician who cares and advocates for vulnerable populations in California, uses his expertise to highlight how important housing is to good health. It comes as no surprise that people who are homeless are in worse health than the general population: about 30 percent of people experiencing chronic homelessness have a serious mental illness; about 50 percent also have a substance use problem. Another study showed that as many as 85 percent of people experiencing homelessness have at least one chronic condition.

In order to effectively treat these people, Dr. Bamberger sees housing as a must. He emphasized that many people experiencing homeless have experienced trauma. “And if you want to treat trauma, you need safety. And that’s one of the reasons why I believe that housing is such a critical component to improving the outcome for people living with mental illness and substance abuse.”

“It’s an honor to be receiving the Beverlee Myers Award,” he said. “It’s such a great joy to work at Mercy Housing, where I really feel like the mission to end homelessness and to provide outstanding, high-quality housing to all people is really in sync with my drive, having cared for homeless people now for this many years.