A Partnership That Houses & Heals...

Mercy Park and Mercy Care have partnered to provide Chamblee, Georgia’s low-income residents with affordable housing and healthcare opportunities. Both are members… 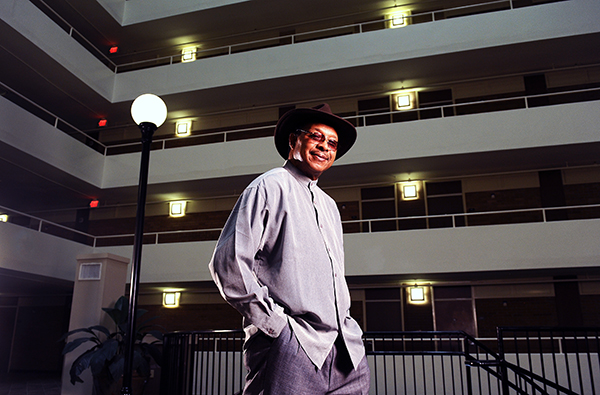 How Health & Housing Saved a Life...

Johnnie Dickerson credits Mercy Housing for saving his life. Literally. Johnnie is a retired 72-year old who resides at Mercy Housing’s The Atrium at Collegetown in Atlanta. Every Monday, Dr. Ayanna Buckner from Morehouse School of Medicine stops by Johnnie’s home for a check-up. On one particular cold, December Monday, Dr. Buckner noted something of

How to Find Affordable Housing...

Mercy Housing knows that many people are in search of a home at this time of year. Below are some helpful links to jump start your search for affordable housing: Where We’re Located Frequently Asked Questions Resident Services How To Apply It’s important to keep in mind that even if a community has a waiting

For the fourth consecutive year, EPIC invests in Mercy Housing as their charity of choice The National Real Estate Practice of EPIC Insurance Brokers and Consultants announced the contribution of over $40,000 to the Chamblee Senior Residences to enhance the community kitchen and offer healthy cooking demonstration classes for residents. In addition, the contribution will

LaVonya had an 8-year-old son, volunteered at church, and was a naval reservist. She graduated from Columbia College and promptly found a job. In less than a year, she was laid off. That same year her mother passed away leaving LaVonya to look after her 12-year-old brother. Suddenly, she had two growing boys to raise

Happy Mother’s Day! Families are an irreplaceable building block of a community, and Mercy Housing is always working to support families in every capacity. To support families, we must understand their needs. Women are important to Mercy Housing communities and represent 60% of the adult resident population. Many of our resident services are designed for

ATLANTA – To help further its mission in Atlanta, Mercy Housing Southeast has received a $75,000 grant from the Community Foundation for Greater Atlanta. The grant is from its general operating support grantmaking program. This highly competitive grantmaking program will provide unrestricted funding to be used to advance and expand Mercy Housing’s mission to create

Today, residents and staff at Mercy Place Belmont, a Mercy Housing Southeast community, welcomed Community Foundation of Gaston County board and staff, for the presentation of $2500 for support of Resident Services. Thank you so much for your support!

It’s been less than a year since Reynoldstown Senior Residences opened its doors, and has already won a prestigious award! The community, 10 years in the making, hosted a grand opening in May, which was attended by the people who made the dream of Reynoldstown a reality: Mercy Housing supporters like you, elected officials, and